On December 26, 2010, Army Blackhawk pilot, WO William (“Billy”) McCotter, lost his battle to cancer, with his loving family and dog, Buddy, by his side. Billy came into our lives just weeks before his death, and in that small amount of time, Billy touched the hearts of all of us at Wish for Our Heroes.

Billy graduated from flight school on September 2, 2010, and was excited to spend the next month traveling and visiting friends before reporting to duty in Hawaii. He thought he had his entire life in front of him, but just 21 days later, he was unexpectedly diagnosed with stage IV gastric cancer, and was sent to Walter Reed Army Medical Center in Washington DC. As the cancer progressed, most of Billy’s immediate family packed up their things and moved on post at Walter Reed, as the prognosis was terminal. Seeing the life that had always sparked in Billy was heart-wrenching for his family, but they wanted to make the most of their time with Billy. Billy’s sister, Michelle, worked tirelessly keeping friends and family informed. She left her home in Pennsylvania and dedicated her days to caring for Billy, creating a blog with updates on Billy’s condition, and putting a smile on Billy’s face any chance she got.

An acquaintance of Billy contacted Wish for Our Heroes, and we began working with Michelle to see what we could do to help. Michelle indicated there were two things that would mean the most to Billy – seeing his good friends, Jason, whom he planned to fly with in Hawaii; and seeing his dog, Buddy.

When Billy had originally planned to move to Hawaii, his Weimaraner (Buddy) had to be vaccinated due to the rabies precautions on the island. As a result, he had to be quarantined for several months before he would be allowed to live in Hawaii.  When Billy and Michelle took to the airport (to send him to a friend’s house for a few months during the quarantine), Billy had no idea that would be the last time he would possibly see Buddy.

With this news, Wish for Our Heroes and Michelle got to work. We put the wheels in motion to fly Jason from Texas to Washington during his holiday break (he would be visiting family in Texas at that time), but we could not get approval from the hospital to have any pet other than a therapy dog in the hospital. 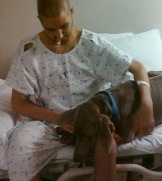 Days went by and Billy grew weaker, and the doctors did not know if he would make it to Christmas, so we arranged to fly Jason a bit earlier.  Jason spent December 18-23rd with Billy, and Michelle said Billy had an ear-to-ear grin when Jason arrived.

With that good news, came a little more. The doctors gave the “ok” for Billy’s other best friend to visit. So on Christmas Eve, we sent Buddy on a plane from Tucson, Arizona to Washington, D.C. By the time Buddy arrived, Billy was in pretty bad shape, but Michelle indicated the reunion was one of the best Christmas gifts Billy could have received. We understand the strong bond between Billy and Buddy, and it brought absolute joy to be able to send Buddy to his best friend for one last visit. See the video of their reunion. 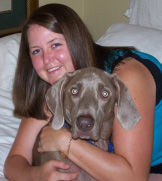 Billy passed away the night after Christmas. His time on earth was much too fast, but the impact he made on others, including all of us at Wish for Our Heroes, will last forever. We are happy to report that Michelle has adopted Buddy and are currently traveling out west together.

Thank you, Michelle, Billy, and the entire McCotter family, for letting us join you in this difficult journey. It has been an honor.