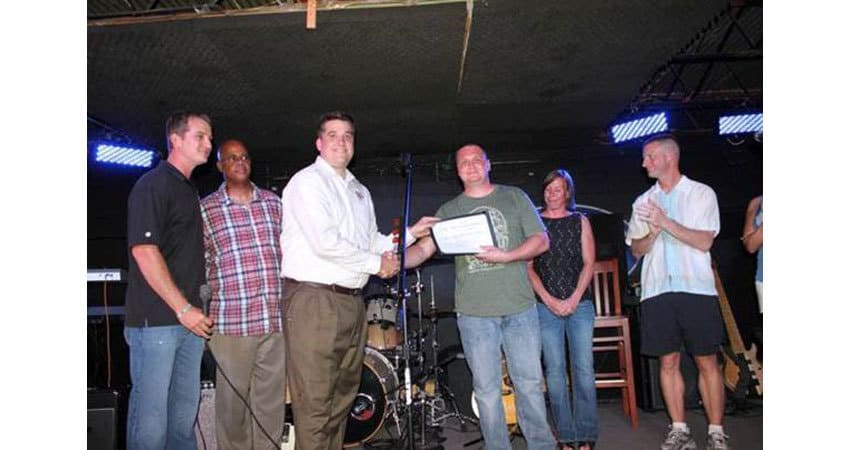 Saturday night we were honored to be the beneficiary of the HUMOR for HEROES comedy night at John T. Floore Country Store in San Antonio, TX. Among the many laughs, were also reminders of the sacrifices our military members make for the rest of us to be free. Burn victim and war hero, Bobby Henline was one of the featured comedians, and many of you know the struggles he has gone through on the road to recovery from his burns during combat. He was able to join the many celebrities and guests that have hung their boots in John T. Floore’s (see photos on our FB page).

Whenever we are honored at an event, we like to pay it forward by helping a military member. On Saturday, we were honored to assist CPT Kyle Blett of Lackland Air Force Base, Texas.

Due to Kyle’s serious health condition, he requested to go home to Harrisburg, PA to visit his family. So, on Saturday, Wish For Our Heroes Inc. was joined by many (including an extensive line of troops in his chain of command) in granting Kyle’s wish. W4OH provided both airfare and a rental car so Kyle can spend precious time with his family.