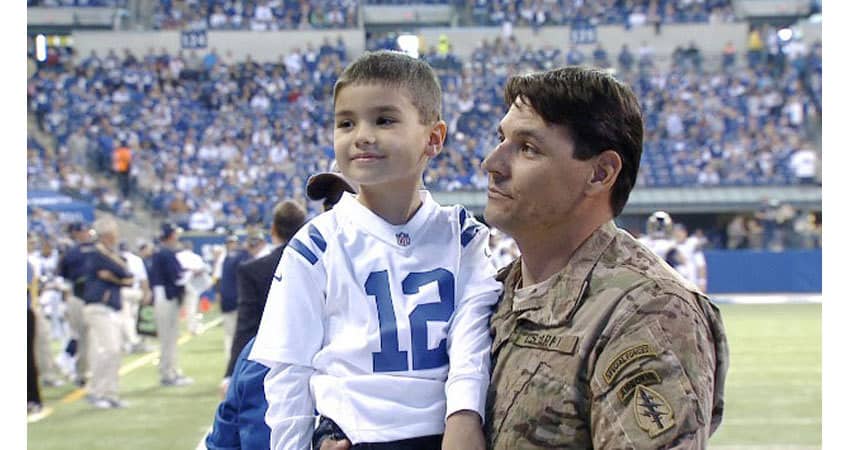 INDIANAPOLIS – It might have been one of the toughest days that he has been at Lucas Oil Stadium in his four-year career with the Colts.

At halftime of the Rams’ game, Pat McAfee’s team trailed 28-0 and one of his punts was returned for a 98-yard touchdown in the process.

But still nothing could dampen McAfee’s mood when he returned to provide two special surprises to the Ino family of Indianapolis.

Not only did McAfee donate a new Toyota after their car broke down this week, but inside he had a surprise. Father Jeremy Ino-who just returned from a recent U.S. Army deployment-surprised his two children by getting out of the car after it was driven onto the field.

The event was aided by McAfee and by the Wish For Our Heroes foundation.

“They knew I was coming home, and from there they made all this happened,” said Ino of the ceremony.

When he came out of the car, his two sons Dominic and David ran down the field to his side to greet him. Hugs were exchanged between all as they posed for pictures and then left through the tunnel with their new car, courtesy of the Colts’ punter.

“I was super nervous and super excited,” said Ino of the meeting. “It feel’s great, surreal.”