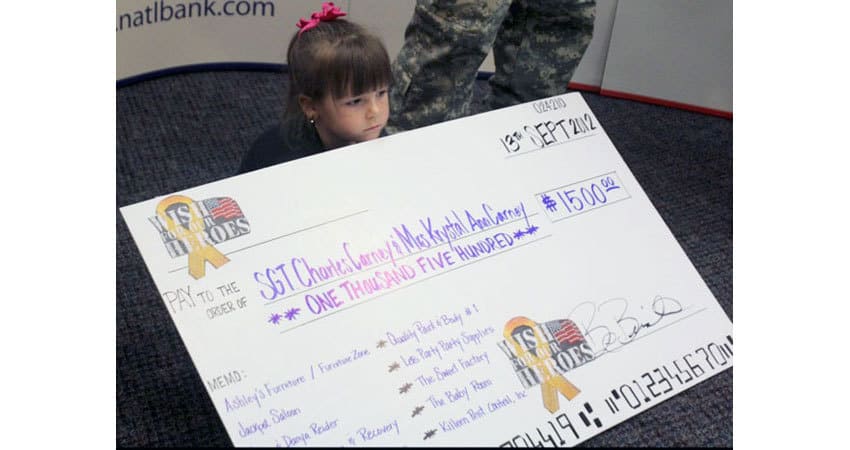 After the death of his 10-month-old son in 2010, using the last $2,000 in his savings account to pay for his grandfather’s funeral and suffering a mild heart attack in 2011, the soldier with the 937th Clearance Company, 8th Engineer Battalion, 36th Engineer Brigade, 3rd Cavalry Regiment, slowly lost faith and decided to write Wish For Our Heroes for help. The nonprofit organization helps active-duty service members by relieving the everyday burdens and hardships outside their military careers.

His wife, Krystal Carney, was shocked when the family pulled up Thursday to The National in Killeen, where Ashley Furniture Store donated a crib and mattress for their fourth child, who is due in October.

The Carneys also received $2,000 from local organizations and numerous gifts at a baby shower Thursday at Red’s Corner Grill in Harker Heights.

“I thought we were going to a (family readiness group) meeting,” Krystal Carney said. “I’m still shocked. This is the best community we’ve ever seen, because when we lost our son (who was terminally ill with a chromosome disorder and died four days after surgery) in North Carolina, we didn’t have anything.” 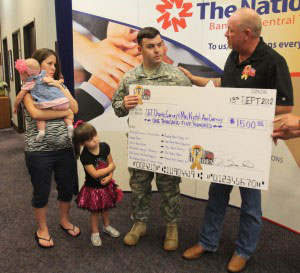 Charles Carney said his family had a rough few years and really appreciates the community’s help.

The Carneys haven’t bought anything for their child, whose gender is unknown, and are thankful for the support, which is helping them get back on their feet.

“I try my best to do what I can to serve y’all and try to do the best to make sure my family is free every day,” he said. “This shows a lot of appreciation and makes me proud of what I do.”

Bo Brister, vice president of Wish For Our Heroes, said the nonprofit likes to give back to the community and show its support for heroes and U.S. soldiers.

Brister said Carney’s letter requesting assistance showed the type of man he is — one who exemplifies selfless service.

“I feel wrong about sending this request due to the other soldiers you have helped out,” Carney wrote. “I feel that their issues and stories are in so much more need of help than our own. All I ask for is some help to get my family’s head above water.”