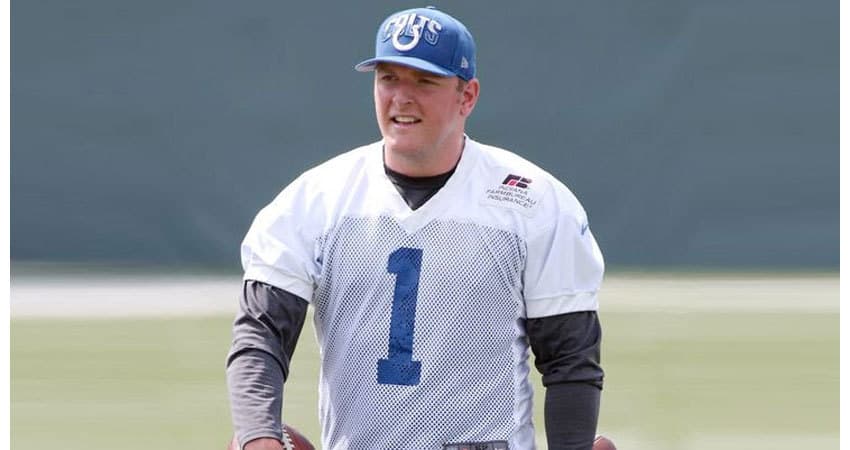 Erich Orrick pulled into the driveway of his Indianapolis home after a trip to Chicago and there sitting in the yard were Indianapolis Colts players Pat McAfee and Coby Fleener.

“I thought ‘Is this some kind of a joke?’ ” said the retired Army veteran, a Bronze Star and Purple Heart recipient. “Have I been Punk’d?”

Well, yes. Orrick had been. And who better to do it than McAfee, the king of pranks and all around funny stuff? This time, though, the trick was a serious one, laden with appreciation for all Orrick does.

You see, Orrick is a tireless volunteer and president of Wish For Our Heroes, a charity organization founded in 2009 that helps veterans in need. It has given more than $10 million in donations since it began in big and small ways. Think a week of groceries, wheelchairs, a monthly house payment, clothes, help with medical bills that can’t be paid.

Orrick runs it from the garage of his home. He makes call after call, to find what veterans need. He has even been known to toil over a broken-down car himself if a veteran needs it fixed right away and the labor isn’t available.

McAfee has been a big supporter of Wish For Our Heroes, donating his Colts tickets, his time and his money. So, he has met Orrick a time or two and they have one of those brotherly relationships.

“I’m nothing better than an older version of him,” Orrick said of McAfee, “and better looking than him.”

When McAfee heard that?

“Wow. That’s deep,” he said. “He obviously sells himself short because that guy is an absolute legend. He’s the most selfless person I’ve ever met in my life.”

So when Fleener came to McAfee with an idea to “pay it forward,” Orrick was a no-brainer. But what to do for him? The two came up with the idea to revamp Orrick’s (he’s a single dad to two girls, Lilly and Bella) house.

McAfee called a meeting with Indianapolis-based HHGregg, which has those big-screen man cave kind of TVs, appliances and furniture.

“I had a tank top on. Everyone else was in suits,” McAfee said of the meeting.

Now to get Orrick away from his house, so the revamp could happen. McAfee and Fleener faked a meeting with him to learn more about the charity for a fake television show. McAfee then told Orrick he would need to go to Chicago for a few days.

Orrick went because the Chicago trip was supposed to be about Wish For Our Heroes. But it all was fake.

While Orrick was in Chicago, McAfee, Fleener, volunteers and HHGregg employees overhauled the family’s home.

“It was amazing to watch people give their time, anything they could” said McAfee. “It turned out to be so amazing.”

But when Orrick pulled up and saw McAfee and Fleener sitting in his yard and found out about the revamp, he did have his reservations. After all, it was McAfee.

Orrick and his girls returned to a home that was outfitted with the latest in home theater, kitchen appliances and furniture, including Sharp TVs, a GE kitchen appliance suite and a Broil King grill.

“Overhauling his home was the least we could do for a hero and community leader like Erich,” said Jeff Pearson, senior vice president, marketing for HHGregg. “Working with Coby and Pat to give back to Wish For Our Heroes and Erich was important for us, as we’re constantly looking for opportunities to give back to our community.”

In addition to the renovated home, McAfee and Fleener gave a $5,000 donation to Wish for Our Heroes in honor of Orrick’s service.

In typical Orrick fashion, he donated his former furniture to another military family who lost their home in a house fire.

And he wasn’t exactly sure he deserved the kind gesture.

“I hate being in the center of all of this,” he said. “I feel very guilty to have gotten so much when there are guys that need it more than I do.”