“America Remembers – A Musical Tribute” are live, musical productions performed for the primary purpose of raising funds for Wish for Our Heroes and other military/veterans related organizations. The shows feature music from the first half of the 20th Century and a patriotic finale. 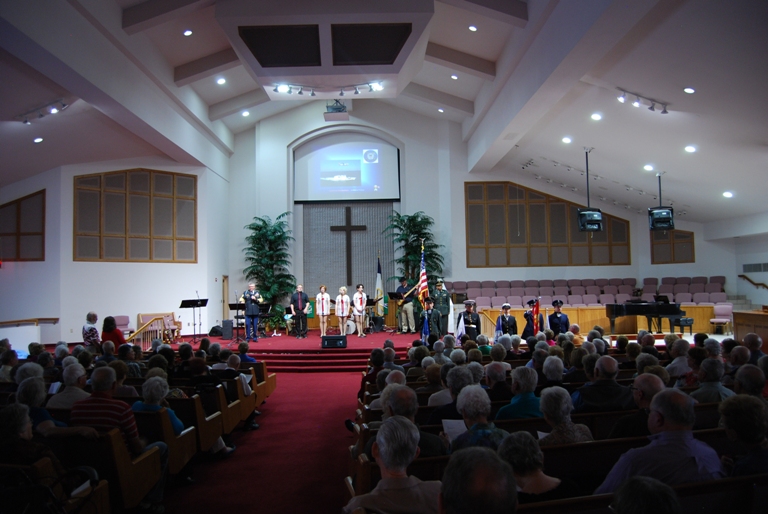 On Sunday, February 23, 2014 an “America Remembers’” show was hosted by the Sun Lakes United Methodist Church in Sun Lakes, Arizona. Over 350 people attended the show. Designated recipients of the funds raised in conjunction with the show were Wish for Our Heroes and the Sun Lakes United Methodist Church’s Veterans Circle of Honor. The show was sponsored by Lawson Family Plumbing with the proceeds of the show going directly to the designated charities. A contribution of $1,897.00 was made to Wish for Our Heroes. In addition, a check for another civic organization for $1,000 was presented during the show to the Arizona StandDown Alliance.