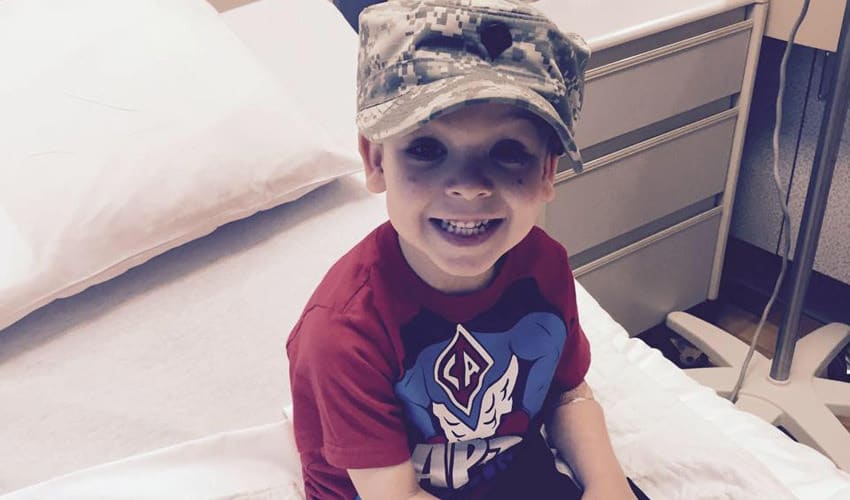 We are excited to announce that because of the generosity of Names Foundation out of Seattle, WA, the long term wish for the Campbell Family has been met.  A grant will take care of the long term medical bills for Lyrik’s leukemia treatments.  We are touched by the generosity to help this Military family in Georgia from a foundation based out of Seattle, WA.  The grant they gave to W4OH will also cover medical costs for a solider in Colorado as well.

This past month, Wish for our Heroes became aware of a soldier in need at Fort Gordon, GA.  Colorado Director, Garrett Guinivan, became aware of the need and was able to reach out to the family.

The family’s middle child Lyrik is currently fighting T-cell leukemia the Children’s Hospital in Augusta, GA. The treatment for this rare form of cancer is very expensive and the family was struggling to make ends meet, with the cost of treatments and the normal strain of military life. The family has to pay out of pocket around $1,500 a month for the leukemia treatments that are considered “outside of the typical protocol”.  The family opted in for these treatments as they have proven to improve prognosis in cases similar to Lyrik’s.

WISH for OUR HEROES was able to send a check of $3,000 to clear the medical bills the Campbell family has accrued recently.  Also with the help of the Colorado Chapter and another 501(c)3 called Collectors Care in Colorado, we were able to send Lyrik a few special birthday gifts to include a large train set and a ‘care package’ of awesome superhero gear.

With the cooperation of the Colorado Chapter, Collectors Care and our national charity we were able to help this family during this trying time.

In addition to the short term help, Wish for our Heroes will also help this family in the long term by providing a platform on our website to raise money during the 2 long years of treatment Lyrik has to endure. This will assure that the most amount of money will go back to family the next two years. As opposed to the current GoFundMe page which they use, and currently 8-10% of their funds raised are taken via commission from the crowdfunding webpage.

We are glad to help this military family during this tough time, and the Campbell family looks forward to volunteering and helping Wish for our Heroes in the future once Lyrik beats this cancer. 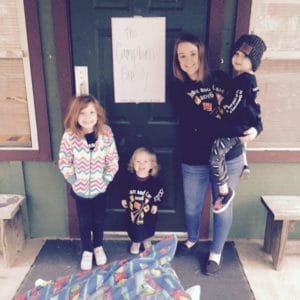 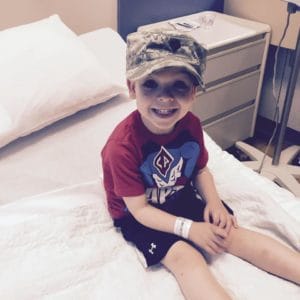 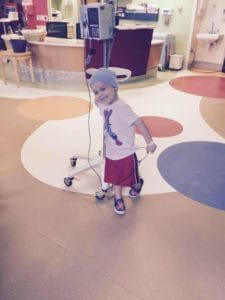 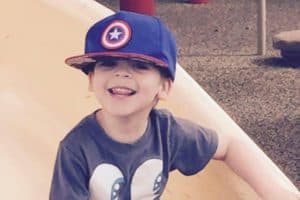 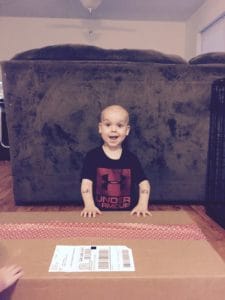 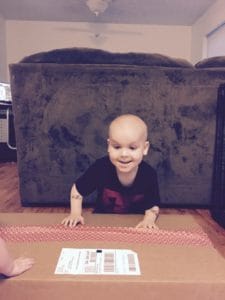 More information from the current soldier and father:

Lyrik is a vibrant, energetic 5 year old little boy who has a been fighting a battle he never imagined he would have to. His mom noticed a rash on his face that developed quickly and eventually she found lumps on his neck. She rushed him to the doctor and after much stress, anxiety, and testing, Lyrik was diagnosed with a rare form of leukemia. It is called T-Cell Leukemia and it is one of the most aggressive, blood-borne forms. Lyrik is currently treated at the Children’s Hospital in Augusta, GA. In addition to fighting off cancer, Lyrik has little, to no, immune system due to the chemotherapy treatments which has caused him to develop bacterial clots in his heart, pneumonia, C-Diff and other various illnesses throughout his treatment thus far. The Campbell’s are a very loving family and would do anything that they can to help others. Lyrik’s dad, Daniel, is currently serving in the Active Duty Army at Fort Gordon, Georgia. Lyrik has two other siblings, an older sister (6 yrs) and younger brother (2 yrs). Unfortunately, Lyrik’s mother, Whitley, is only able to work about 10 hours a week in between multiple in/out-patient visits to the hospital, causing the family to go further into a financial bind.