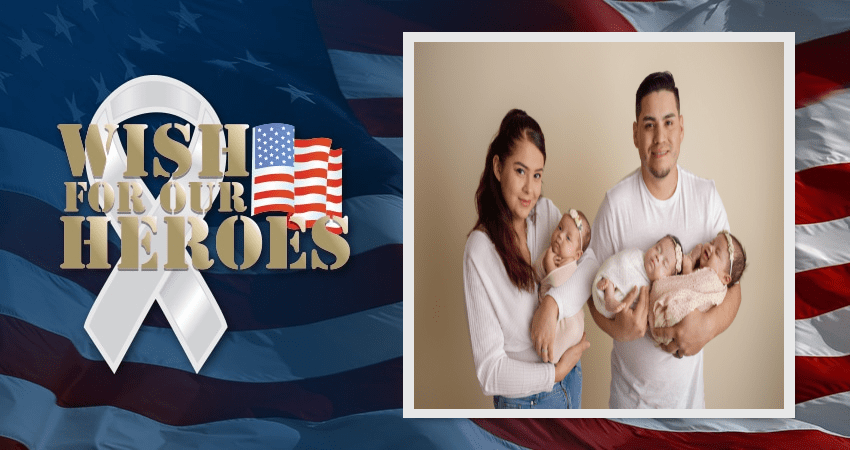 Erika Lamas is a Petty Officer, rank E-4 in the United States Navy, stationed at Naval Hospital Jacksonville. She has 4 years of service in various medical positions and stations across the country.

Erika is a proud mom of 5-month-old triplet daughters, Aria, Ellie, and Camila. At 9 days old, it was discovered that Aria (pictured center), was having seizures caused by brain bleeding and sinus venous thrombosis. Aria had a series of procedures to treat her conditions including the placement of an intraventricular reservoir, which led to hydrocephalus. Aria has been diagnosed with moderate to severe plagiocephaly and requires a cranial helmet, also known as a doc band. Now that her condition has improved, her medical team gave them the green light to go ahead and purchase a cranial helmet to bring back some normalcy to Aria’s life. The family has to pay for child care for three babies and could not cover the cost of the helmet in addition to their existing expenses.

Wish for Our Heroes is dedicated to assisting the everyday needs of active military members. We were able to help meet Erika’s needs by assisting the family with costs for the helmet, totaling $1,620.