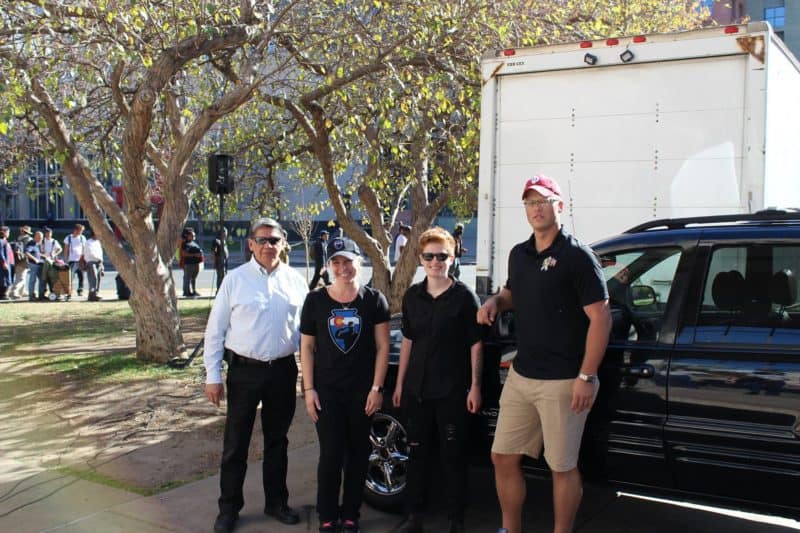 Twenty-two-year-old PV2 Summer Lubeck grew up in Kentucky and joined the Army in October 2014. She attended Basic Combat Training at Fort Leonard Wood, Missouri. Following training camp, she went to Gulf Port, Mississippi, to earn her Military Occupation Specialty of 12W as a Carpentry Masonry Specialist.

Lubeck was stationed at Fort Knox, Kentucky, with the 19th Engineer Battalion in March 2015. In February 2016 she was transferred to the 4th Engineer Battalion at Fort Carson, Colorado. In July 2016 she was transferred to the Warrior Transition Battalion at Fort Carson and medically retired October of that year. She began looking for employment, transportation, and a place to live in preparation for her transition outside of the Army.

W4OH surprised Summer with a used Jeep Cherokee on November 12 at the Veterans Day Parade in City Center Park in Denver, Colorado. Colorado Veterans Project, in conjunction with W4OH, paid for the vehicle to help her get on her feet after transitioning out of the Army. W4OH also helped her with driving lessons so she could obtain a driver’s license earlier in the summer.

Thanks to the gift of the car and her new driver’s license, Summer was able to go on job interviews and recently announced that she has obtained a job. She is using the vehicle to continue moving forward in civilian life.

A special thank you to Colorado Veterans Project who donated $2,500, and Phil Long Hyundai offered $750 in discounts and helped transport the Jeep to Denver to grant the wish.