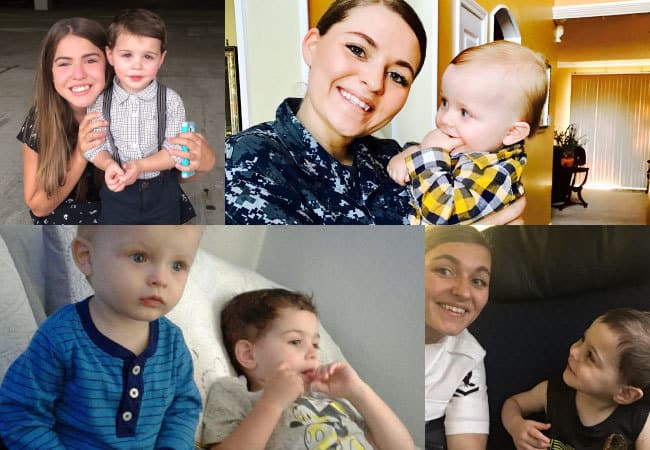 Paige is active duty in the Navy, working in the P-8A community at VP-30 at NAS JAX. She has been battling to obtain legal guardianship of her brother, two, who was discovered abandoned in a hotel by his paternal mother in their home state of Texas.

With the child’s mother in jail and the father having a long record of aggravated sexual assault charges, Paige submitted an emergency petition, pulling out her entire TSP retirement, to retain legal help for her brother.

Paige was able to petition for emergency temporary custody of her brother, providing him on-base child care and benefits. She has been using her leave to fly back and forth, but lack of additional funds to cover expenses has made it difficult for her to continue. She is also the guardian of her sister, 16, and her son who is one.

To help Paige give her baby brother a safe and loving home with her sister and son, Wish for Our Heroes National Chapter and Swisher International, a long-standing supporter of Wish for Our Heroes, each provided $4,000 to help cover future legal expenses.