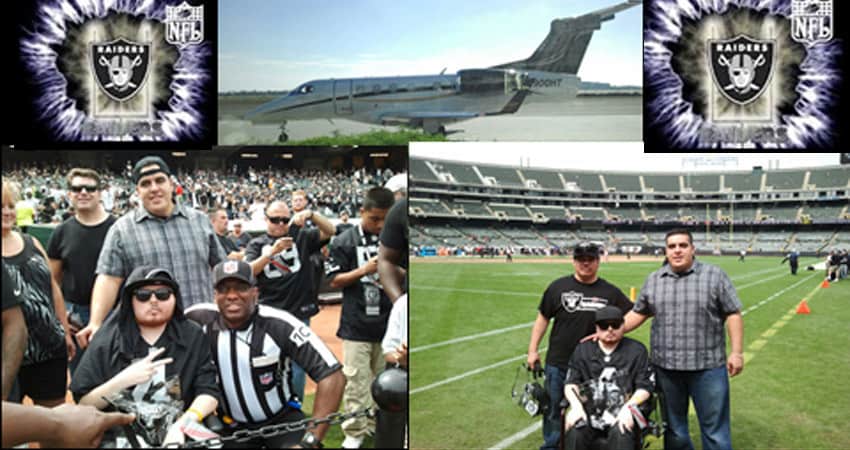 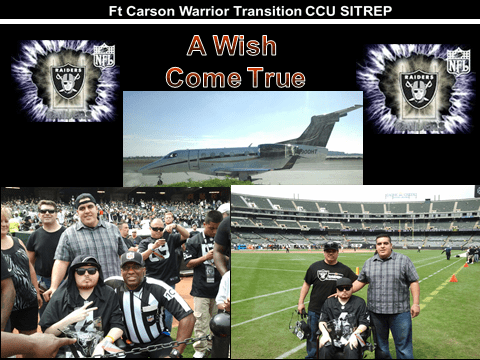 On September 13th, a local Fort Carson soldier received a wish come true.  Sgt Johnny Gardner, a sergeant in the Army at Fort Carson, is a huge Raiders fan and got his wish of a lifetime.  Sgt Gardner has Stage 4 terminal cancer and is attached to the Warrior Transition Battalion at Fort Carson, where the U.S. Army Wounded Warrior Program (AW2) supports severely wounded, ill and injured Soldiers, Veterans, their Families and Caregivers with the recovery and reintegration process to reach a state of self-sufficiency.  He was transferred to California in September to be with his family during his last months.  Before he was transferred to California he asked his AW2 advocate about his wish to see the Raiders in person, something he had never experienced.  His advocate approached a local military charity called Wish For Our Heroes about the wish.  This charity is a Colorado Chapter of the nationwide charity which helps soldiers, veterans and their families in times of need.  Wish For Our Heroes has major chapters in Indiana, Texas and Florida, and work with sport organizations such as the Colts, Pacers, San Antonio Spurs and the Houston Texans.

Wish For Our Heroes contacted the Indianapolis Colts, which they work with in Indiana, and spoke with the Raiders who graciously granted the wish to Sgt Gardner.  Not only did Sgt Gardner get to see the Raiders play, the Raiders got field passes for him and his father to their season opener game against the Cincinnati Bengals on September 13th.  They got to meet the Raiders players, referees and other personalities on the field including Hall of Famer, Fred Biletnikoff. 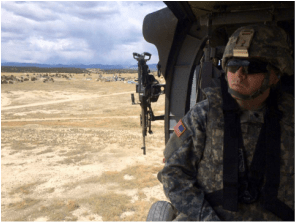 Wish For Our Heroes cannot thank the Oakland Raiders enough for their help in making this wish come true.  Sgt Gardner went to the hospital during the 3rd quarter of the game and has not recovered.  This truly was his last wish and thanks to the hard work and coordination of the Colts, Raiders, the U.S. Army AW2 advocates, and Wish For Our Heroes, this would have never come true.  Hopefully all of the Bronco fans can have a new found respect for their conference rivals during this football season.  No matter who you root for on Sunday, we all know our colors are Red, White and Blue all year.

Tonight we pay tribute to one our own, lost too soon. SGT John Gardner was born in Fullerton, CA on January 8th, 1988. He spent his childhood and adolescent years in Fullerton, and later graduated from Fullerton High School.

SGT Gardner entered active duty on September 19, 2011 as an Intelligence Analyst. After a one-year tour in Korea, he reported to Headquarters and Headquarters Company, 3rd Battalion, 4th Aviation Regiment, 4th Combat Aviation Brigade, 4th Infantry Division at Ft Carson, Colorado on May 20th, 2013 where he was assigned as an Intelligence Specialist.

On March 3rd, 2015 SGT Gardner was diagnosed with a brain tumor, and after 8 months of fighting the good fight, he lost his battle on November 8th, 2015. SGT Gardner was always a motivated and upbeat soldier who everyone loved.

He was a tremendously dedicated NCO, a highly skilled analyst, and above all else, a patriotic American who answered the call to his country. He will be missed by all those who had the honor to know him.