AF Veteran’s Last Wish to see her Mother in Alabama 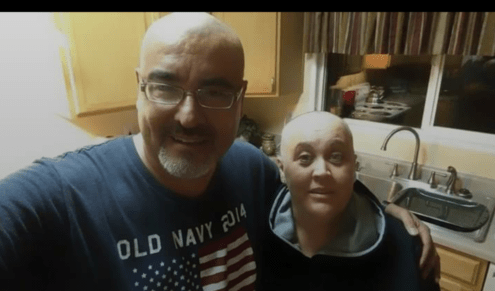 Doris Trujillo (better known as DJ) served in the U.S. Air Force from 1989 to 1996. She was medically discharged after her deployment to Saudi Arabia, where she was injured in the Khobar Towers terrorist attack. She was initially diagnosed with Bartholin Gland Cancer in late 2014, which had spread to her lungs and liver. She had been travelling back and forth between Colorado Springs and Houston, Texas, for her primary treatments, but her oncologist made the decision to stop treatment and place her under hospice care as of September 2016.

DJ lived in Colorado Springs with her husband and two children, but her mother lives in Montgomery, Alabama. Her mother is unable travel, so we wanted to grant DJ’s wish to see her mother one last time. Since DJ could not sit or stand for long periods, an RV trip was the best option, allowing DJ to lie down for the journey.

Thanks to the generosity of Trina Gohrick of the Names Foundation (http://www.namesfoundation.org/), we were able to cover the costs of an RV rental, food, and fuel, for DJ’s cross country trip to see her mother.

Doris and her husband were able to make the trip around the Thanksgiving holiday and got to spend a few last days with her mother in Alabama.

On December 14th Doris (DJ) passed away peacefully in her sleep.  W4OH is glad that we could help make this last wish come true, and we cannot thank The Names Foundation enough for their support to help Doris and her mother see each other a last time before her passing.