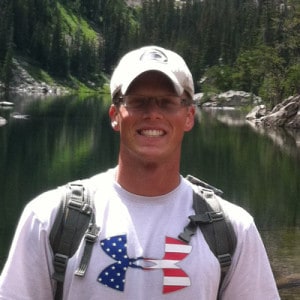 Garrett is lead volunteer of the Mid Atlantic Chapter Director of Wish for Our Heroes.  He started the Rocky Mountain chapter in January 2015 when he moved to Colorado from Bloomington, Indiana.  In Bloomington, while completing his graduate degree and participating in IU Army ROTC he met Jeff Wells and Erich Orrick and became an avid volunteer for Wish for our Heroes.

Upon arriving in Denver, CO he decided to start a Rocky Mountain Chapter to spread awareness of W4OH and help soldiers in Colorado.

He currently lives in the DC metro area. He is a 1LT in the Army Reserves at Fort Meade, MD. He is currently establishing the Mid Atlantic Chapter of W4OH.

Donate to Wish For Our Heroes

Your donation helps us grant wishes to active military families across the U.S.